Willoughby resident and Laketran Trustee, Donna P. McNamee was honored by the Conference of Minority Transportation Officials (COMTO) as one of the recipients of the 2018 C 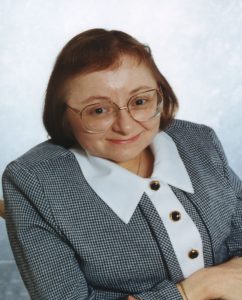 elebrating Women Who Move the Nation Award in recognition of her professional achievements and exemplary leadership in the transportation industry.

“McNamee was recognized for her continuous advocacy for public transportation specifically to improve access for people with disabilities and upholding the vision of the ADA,” said President and CEO of COMTO, A. Bradley Mims. “It’s an honor to recognize someone from Laketran, as COMTO has a history with the Ohio agency.”

McNamee has devoted her life to improving public policies that impact the lives of people with disabilities and older adults. For over 25 years, McNamee has worked on public policies encompassing The American’s with Disabilites Act (ADA), health care, employment and transportation on behalf of people with disabilities at the local, state, and national level. She is nationally recognized for her advocacy work in giving a voice to those who need a voice in government.

McNamee played a critical role in the nationwide effort to pass the Ticket to Work and Work Incentives Improvement Act of 1999. This reform enables millions of people with disabilities nationwide the opportunity to be gainfully employed without losing their critical health care coverage under Medicare and Medicaid.

McNamee has participated in many statewide initiatives including ODOT’s 21st Century Transportation Priorities Task Force. McNamee has provided leadership to the Executive Committee of the American Public Transportation Association (APTA) where she served as the founding chair of APTA’s ADA Committee. She has also served as chair of Easter Seals Project ACTION (ESPA) National Steering Committee and led the development of a book, “ADA Essentials for Transit Board Members,” now being used by numerous transit systems and state DOT’s nationwide.

“It is truly an honor to not only receive this award beside my transit peers who have advanced public transportation, but also to be in a position to significantly contribute to greater access and to an improved understanding of the need for accessible public transit across the country,” shared McNamee on receiving her award. “While the ADA has certainly improved access, there is still a lot more work to do both locally and nationally to ensure people with disabilities can get to work, school, medical facilities, shopping, or even to visit a friend.”

“Donna is most deserving of this honor,” commented Ben Capelle, general manager of Laketran. “Her passion and dedication to transportation access has translated to a lot of opportunity in the lives our riders, as well as the industry.”

Laketran, Painesville, and COMTO have had a long history supporting advocates for public transportation. Mims’ predecessor, Julie A. Cunningham, was a former Painesville resident who served on the Laketran Board of Trustees from 1998 through 2001 before she was appointed as president and CEO of COMTO based in Washington, D.C. In 2014, Laketran dedicated the Painesville Transfer Center to her memory and lifelong crusade as a transportation and minority advocate.  COMTO’s current Director of Operations, JaLissa D. Coffee, is also formerly from Painesville, where she rode Laketran, and now advocates for minorities in public transportation at the national level.