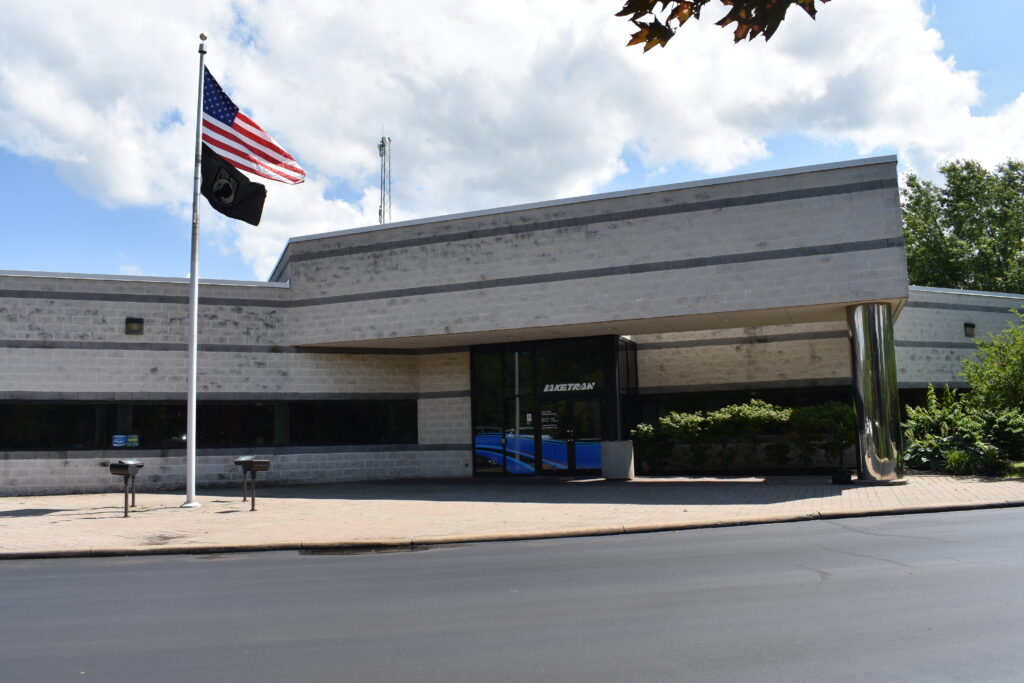 In 1997, the building and garage were expanded to their current size providing adequate space for our growing fleet and employee base.

In 2017, a propane fueling station was built as Laketran began the five year plan to transition their Dial-a-Ride bus fleet to propane powered vehicles.

The facility is dedicated to Frank R. Angeloro, who served as a Laketran Board Member from 1982 until his passing in 1988. Angeloro spear-headed the construction project of the Laketran Headquarters facility. 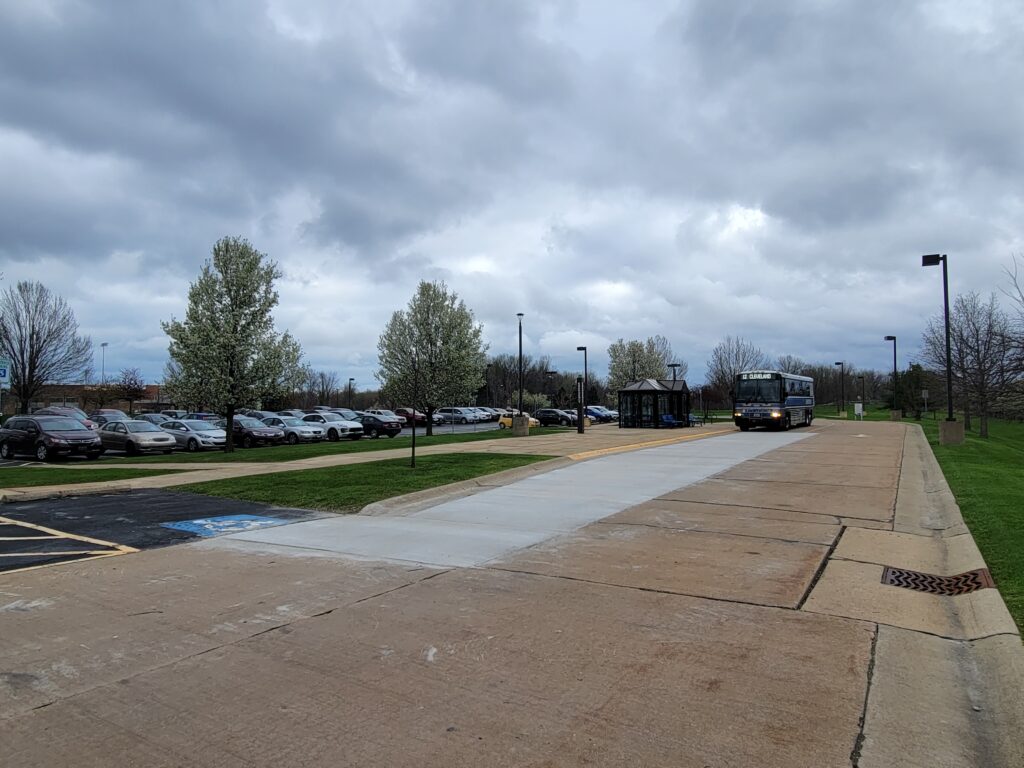 History: Opened in 2003, the Mentor Park-n-Ride is named in honor of longtime Laketran Board Member, Harry G. Waterman. Waterman was a Mentor resident who served on the board from 1989 – 2005. In addition to his years of public service to Laketran and the City of Mentor, Waterman had a successful career in school transportation, focusing on operations and safety.

Prior to the dedicated Park-n-Ride location on Market St., commuter service from Mentor to Downtown Cleveland operated out of the Civic Center parking lot. With the opening of the Mentor Park-n-Ride in 2003, Laketran was able to expand service and improve the customer experience with new amenities for riders.

The Mentor Park-n-Ride lot was expanded in 2006 to meet the ridership demand of workers commuting from Lake County into Downtown Cleveland. 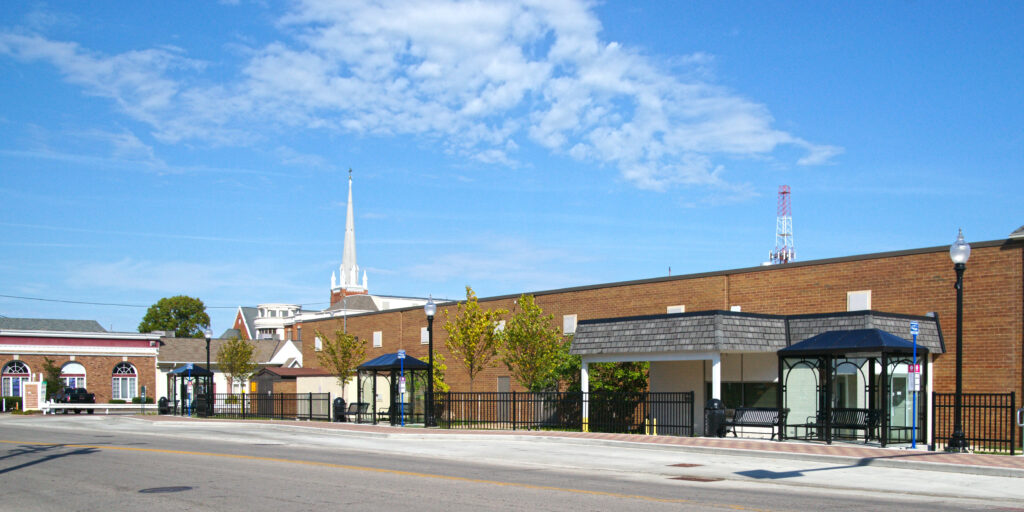 History: Downtown Painesville has long served as a transit hub for Laketran’s Local Routes. Prior to 2014, Routes 1, 4, & 5 shared a shelter on the west side of St. Clair Street behind the County Administration building. That was simply not feasible for traffic or for the amount of pedestrian traffic that the stop holds. In 2013, Laketran worked with the County, the City of Painesville and Lake County Job and Family Services to move the stop across the street and construct and a safer waiting area for our riders, while also allowing room for our buses to layover in specified bus lanes.

On December 1, 2014, Laketran opened and dedicated the Julie A. Cunningham Painesville Transfer Center. Cunningham was born and raised in Painesville. She served as a Trustee on the Laketran Board from 1998 through 2001 and in 2001 was appointed President/CEO of the Conference of Minority Transportation Officials (COMTO). She served in her role at COMTO until her passing in 2014. 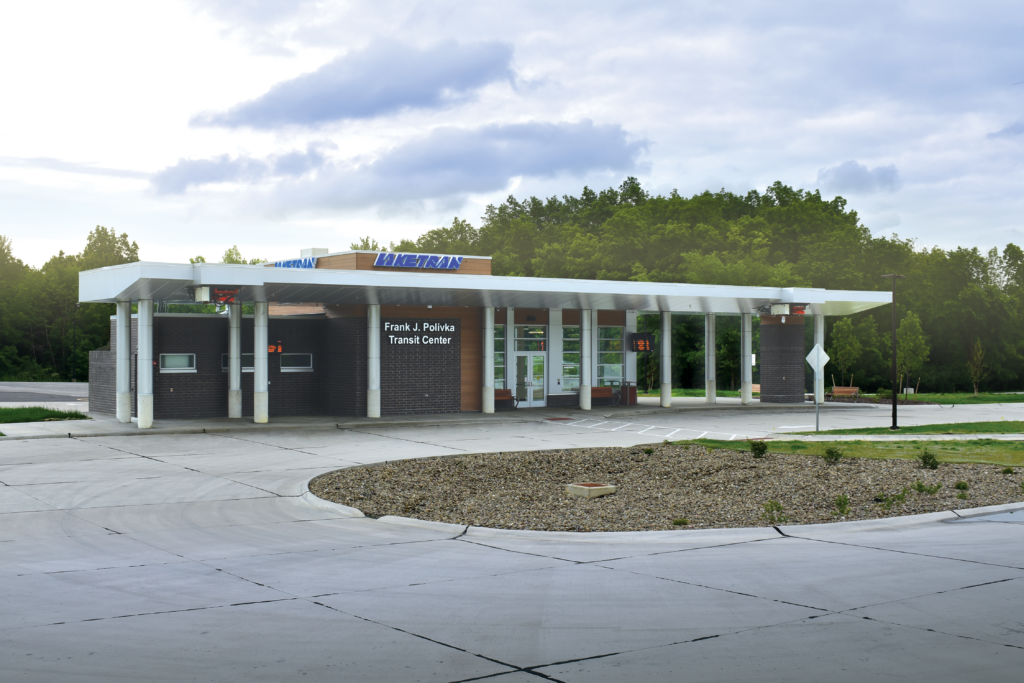 The transit center name honors Frank J. Polivka, Laketran’s first employee who served as the agency’s general manager from 1979 to 2003. Polivka continued his career at Greater Cleveland RTA until 2019 as Director of Procurement. Polivka currently resides in Madison and serves as a Trustee for Lake Metroparks. 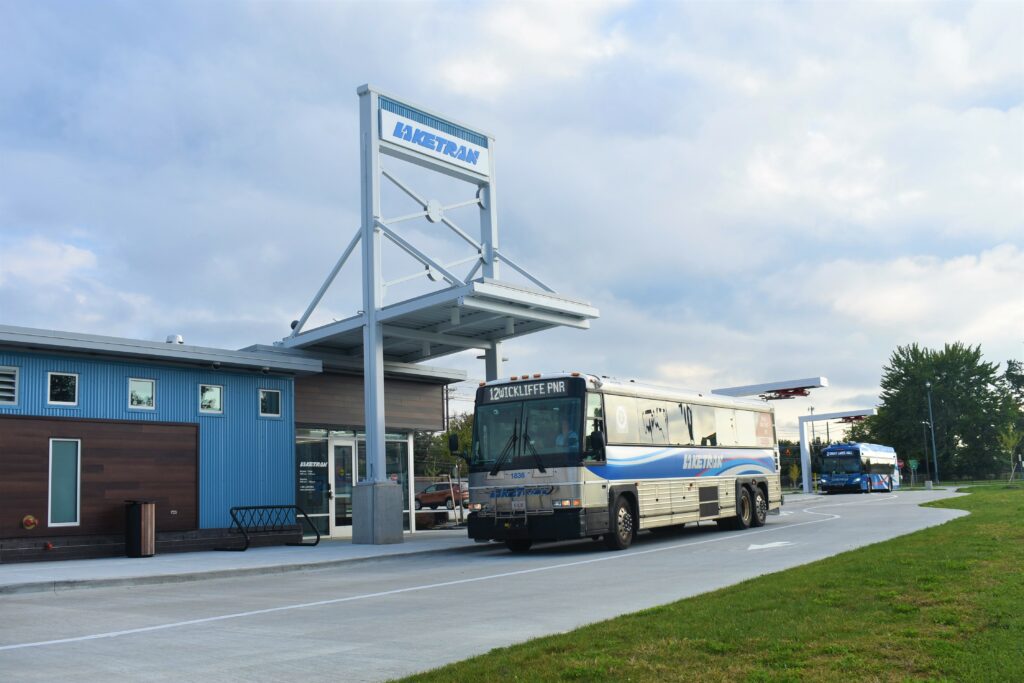 History: Service began out of the Wickliffe Park-n-Ride in 1999. The lot was expanded in 2001 to meet the ridership demand of workers commuting from Lake County into Downtown Cleveland.

The Wickliffe Park-n-Ride lot also has 4 electric vehicle chargers available for public use. 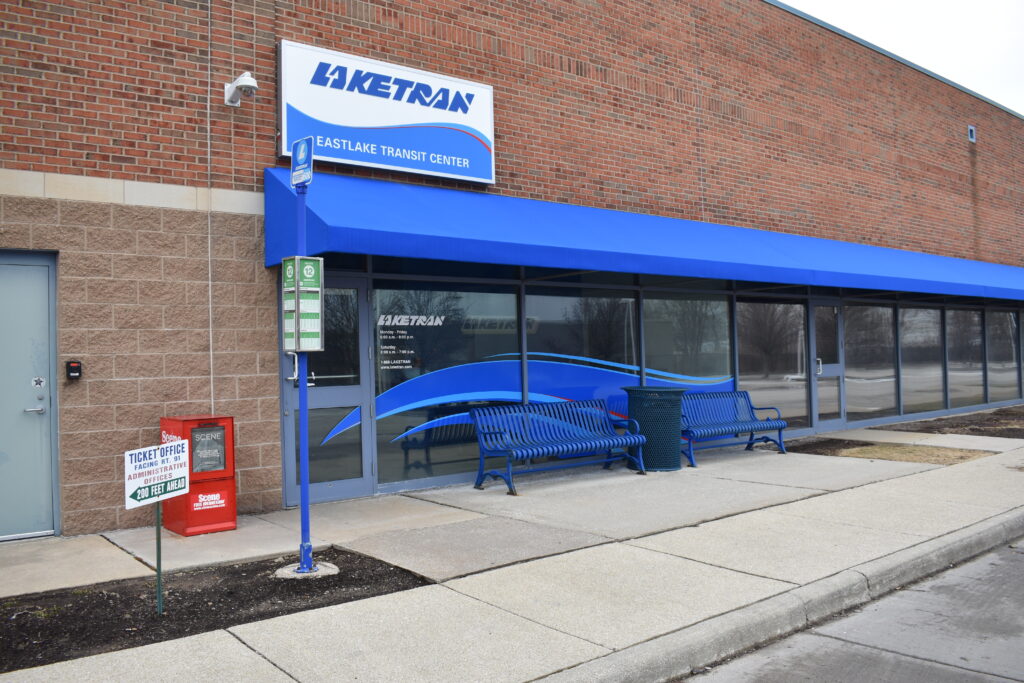 History: Opened in 2004, the Eastlake Transit Center is housed at Classic Park, home of the Lake County Captains Professional Baseball Club, the Class A affiliate of the Cleveland Guardians.

Federal funding was secured to add the transit center as a part of the original stadium construction.

The Eastlake Transit Center was the first Laketran location to provide modern amenities such as an indoor waiting area and public restrooms to customers.